UCC Societies have an exciting couple of weeks to come. As per usual at this point of the year, a whole host of balls are taking place so there’s something for everyone to get their glad rags together for.

Elsewhere, this week is Healthy Living Week and Surgical Week thanks to Surgical Soc and Health Soc. Events are running for both all week, during the daytime and evenings. Highlights include Health Soc’s talk with nutritional therapist Erina MacSweeney on Wednesday in Kane G18 at 7pm and Surgical’s Phlebotomy Skills session on Thursday. Next week, Fashion Soc are hosting Fashion Week with loads of unreal events including a Physical & Mental Health Workshop on Tuesday in Kane G18 at 7pm.

Other events to keep an eye out for across the next while include LGBT Soc’s Prom Night at 7.30pm on Wednesday Elec Eng L2, Simon’s Lip Sync Battle in The New Bar at 8pm on Wednesday and Africa Soc’s Afrobeat Party at 9pm in Cyprus Avenue, also on Wednesday. International Relations Soc’s EireMUN conference across the weekend, Cancer Soc’s Mock The Term on Monday at 6.30pm on Monday in Boole 3 and Comm Soc’s Bloggers Guide with Suzanne Jackson on Wednesday at 7pm in Devere Hall are three massive highlights of the year to keep an eye out for.

Remember, it’s never too late to get involved in societies! AGM season is quick approaching and we have Brookfest this Wednesday in Brookfield from 10am-3pm so there’s loads of chances to join a new society. If you’re looking for information, contact me on pr@uccsocieties.

To celebrate two of the upcoming balls, we’ve interviewed members from the organising committees of Strauss Ball and Languages Ball.

Tell us a bit about Strauss.
Fionnuala: So Strauss Ball is a collaboration between a number of different creative arts societies, who come together each year for 32 years now to host the classiest ball on campus! The ball is generally led by Choral Society, and the chair of the organising committee is always the Events Officer of Choral. This year we’re lucky enough to be working with Dramat, Journalism Society, Music, Musical, LGBT and Orchestra Societies.

What makes this Strauss better than any before?

Fionnuala: Well, I’ve been on the Strauss Ball committee for the past two years, and I’m so impressed by the dedication and enthusiasm shown by everyone this year. We’re all huge fans of the ball ourselves so we’re doing the absolute most to make it a really enjoyable experience for out guests. Speaking to the Cork Pops Orchestra, I know that they have some new pieces they’re dying to try out, and they’ve always said this is one of their favourite events every year.

Daniel: As someone who went to Strauss last year I was really excited to get involved and try to do our absolute best like the entire committee. Everyone is so excited to make the best ball possible and we’re really proud of what we’ve achieved and can’t wait for people to see what’s planned.

What’s your favourite thing about Strauss?

Fionnuala: Probably an incredibly obvious answer, but it has to be the orchestra’s involvement for me. Strauss is the only ball that provides anything like this, and I think it’s the reason keep coming back year after year. The orchestra defines Strauss Ball, and keeps it from being just another, slightly expensive, night out. I think it’s great as well that both full and after ticket holders get the full benefit of the orchestra – I know when I’ve gone to the afters of other balls, it feels like you’ve missed out on all the good stuff!

Daniel: The atmosphere is unlike any ball I’ve been to during my time in college. Having the Orchestra is obviously the main attraction which feels unique to Strauss, giving the ball a classy vibe that’s really fun to embrace and play along with.

What’s your favourite Strauss memory from last year?
Daniel: For me, it’s definitely the dance cards. Everyone is given a card with 10 free slots and you can organise with friends to be each others fourth dance or fifth etc. It’s great fun trying to cram in as many dances with people as possible as the orchestra plays. After five or six songs people lose track and it all becomes one hilariously entertaining mess!

Fionnuala: There’s huge satisfaction in seeing people initially a bit nervous about the dance cards, dancing in general, until they see everyone else going wild for it, and by the end they’re waltzing with the best of them. Strauss never fails to win people over!

Tell me a bit about Languages Ball?
UCC Languages Ball is the largest collaborative event between UCC’s language and cultural societies, and it takes place every year around January or February. Traditionally, it has been aimed at the students of language courses and language societies, but recent years have seen a huge growth in attendees, largely due to the new degree in World Languages, the ball’s growing reputation, and our inclusion of the international student population.

We have really been making an effort to target the ball towards international students because there is no ball specifically for them, and from speaking with them, they don’t seem to have balls in their home university, so they get really excited about this one!

Why should people go to the ball over any other ball?

The languages ball is very much a star on the rise, having grown massively in reputation and scale in recent years. It has been a bit of an underdog, but people are now supporting it massively and it’s getting great reviews! To tie in with this year’s Oscar theme I can say it’s the Leonardo DiCaprio of balls (and who wouldn’t love that?); much loved by its fans, but yet to be formally recognised for its greatness!

How did you get involved in Languages Ball?

I became involved in the ball when I was a First Year Rep. on the French Society. There was nobody else interested in taking charge of it so I offered. After that I became completely addicted and have been head of the language ball committee for three years now! In collaborating with so many societies I’ve met some amazing people and we have made something great together. It’s definitely stressful, but it’s so fun and rewarding that I keep coming back for more.

What’s your favourite thing about the Languages Ball?

It’s a tie between two. One is the people I’ve met through languages ball. Over the years I’ve gotten to know some of UCC’s fantastic society members through the ball and that has been one of the most enjoyable parts of my time in college. My second favourite thing is seeing everyone at the ball having fun; I’ve been know to tear up watching the promo video from last year’s ball! Langball is my baby and it will be sad when it’s all over this year!

#Langball16 is going to be a fantastic night! Last day of ticket sales is Thursday 21st from 12:00 to 14:00 -see our Facebook event for details. If you are an international student, it’s a must!

A Woman on Air 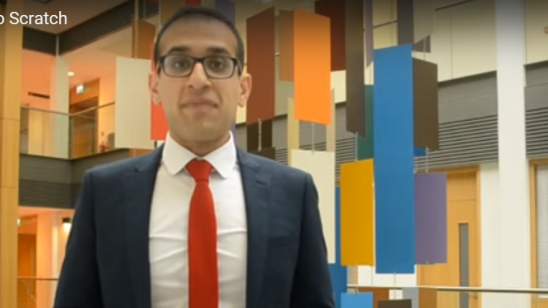 Up To Scratch-Empowerment Through Education of Cork’s Elderly