When we experience health problems, we are often inclined to look inwards and question what it is that we ourselves are doing wrong. Anne Marie Quilligan, Tipperary-based social care worker and Irish Traveller, tells me that when she was growing up, she assumed negative health outcomes in her community were a result of their own day-to-day choices. Healthcare providers and educators reinforced the notion that to be a Traveller was to be a problem. Today, however, there exists searing scientific evidence on the social determinants of health and a more critical approach to Ireland’s history reveals the stark extent of generational cultural losses and social exclusion experienced by Irish Travellers in the country they have always called home.

The most recent in-depth study of Traveller health was the ‘All Ireland Traveller Health Survey’ (AITHS) completed in 2010. This crucial work, which Anne Marie hopes will be repeated in the near future, provides evidence of disproportionately poor health outcomes for Travellers in Ireland. Life expectancy for Traveller women is 11.5 years below the national average, and Traveller men are likely to die 5 years younger than non-Traveller men. Suicide rates amongst Travellers are six-times higher than in the majority community. Traveller infants are up to three times more likely to die in their first 12 months of life than other infants. While these statistics are shocking, it is necessary that we look beyond the data towards the lived experiences of Travellers by listening to what they have to say.

Experiencing racism, discrimination, and trauma from an early age has a lifelong effect on physical and mental health. Anne Marie places a strong emphasis on recognising ‘Adverse Childhood Experiences’ (ACEs) in the developmental stages of a child’s life. 39 percent of Traveller adults and children are not only coping with the stresses of hidden homelessness which include limited access to water, electricity, food storage and cooking facilities; they are also inheritors of intergenerational trauma caused by the forceful destruction of their recent ancestors’ nomadic ways of life. The more ACEs a young person experiences, the shorter their adult life will be. Toxic stress caused, for example, by enduring a racist assault or forced admission to residential schooling, is directly related to the development of autoimmune disorders, depression, cancers, asthma, and cardiovascular diseases. Anne Marie’s research has led her to make connections between Irish Travellers and other Indigenous peoples living as minority cultural and ethnic groups within neoliberal nation states, such as Canada and Australia, where similarly negative health outcomes are experienced by First Nations and Aboriginal peoples.

When I ask Anne Marie what she would like students to know about health in the Traveller community she says, “don’t look at us with the deficit model”. Each one of us carry unconscious biases that influence the way we interact with people we encounter, the way we imagine other people’s lives, and even the way we read statistics. Rather than assuming the cause of negative health outcomes originates at an individual or community level, we must collectively and consciously look at the total environment within which Travellers are battling severe inequalities and reflect on whether we ourselves play a role in shaping a society that excludes, denigrates, problematizes and ‘Others’ our neighbours. Published by Skein Press, Dr Rosaleen McDonagh’s 2021 book Unsettled chronicles her life as a disabled Traveller woman. It is a must-read for anyone seeking to expand their perspective on what it means to be Irish today.

In preparation for her graduation day, Rosaleen learned she needed to use a different name on her lunch reservation to ensure her family would not be denied entry to a hotel to celebrate her achievement. In my conversation with Anne Marie, she informs me that four young Travellers in the small community where she works recently took their own lives. The through lines here are self-evident. Health is socially determined, and Irish society is long overdue its season of self-reflection on its treatment of Irish Travellers. 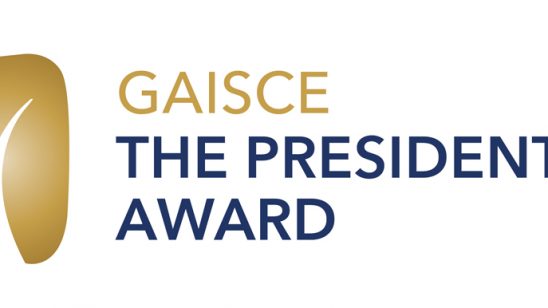 The Benefits of Gaisce for UCC Students