Councillor Ben Dalton O’Sullivan knows more about rural transport infrastructure than most.  Elected to Cork County Council on a mandate of minding the “forgotten” small communities, he has immersed himself in new bus routes, speed ramps, and work as part of the Roads and Transport Strategic Policy Committee.  When I meet with him to discuss rural traffic calming, and what is being done about it, he points me to some of the most little-discussed aspects to a little-discussed issue – and not just to the work of the council, but efforts made by the EU.

He tells me about Intelligent Speed Adaptation, or ISA.  The European Commission describes it as “an in-vehicle system that supports drivers’ compliance with the speed limit” – essentially, the car recognises the speed limit, and either encourages or forces the driver to stay below it.  This already exists in some car models, but the EU hopes to implement it in all vehicles across its member states by 2022.  Ireland, however, has not seen much progress so far.

There are multiple potential reasons for this.  One such is that the government doesn’t want to push it due to car sales – fast cars sell in Ireland.  Another may be due to misinformation: although the EU only  wishes to implement “open” models of ISA, which merely inform the driver when they have crossed the speed limit, it was widely reported that they would implement a “half-open” or “closed” system, which either inhibits or prevents the driver from exceeding the limit. Cllr Dalton O’Sullivan is not impressed by this.  “The proposal from the EU is something which I believe that the government needs to look more strongly at,” he tells me, “anything that addresses the issue of speeding and road safety must be looked at”.  He tells me it has never been discussed in a council or committee, and has not appeared on the agenda.  He hopes that implementation of this would aid traffic calming in Irish small towns, which suffer greatly from speeding.

Some countries have already implemented ISA in trials, and to great effect.  Sweden and the Netherlands showed many positives, with not only driving speeds becoming slower, but a decrease in fuel consumption seen.  There are concerns however, including that drivers may speed on non-ISA active roads to compensate, that it can cause frustration, or that it may diminish attention paid to the roads.  None of these concerns have been thoroughly investigated yet, however.

Traffic calming measures haven’t fully moved into the technological yet, however.  Many villages around Ireland are without basic infrastructure such as speed ramps, traffic lights, or even footpaths.  It does not seem to be a high priority on a national level: no report on rural traffic calming has been made by Transport Infrastructure Ireland (TII) since 2002.  Its main method mentioned is making roads appear narrower by building footpaths, lights, and kerbed islands in the centres of roads.  Speed ramps are less popular, however, as they may inhibit buses or emergency vehicles.  The report also does not target the most rural areas, citing large towns such as Ballincollig and Charleville, and less so the small parishes.

The importance of traffic calming in rural areas is not just for the obvious safety reasons, as Cllr Dalton O’Sullivan reminds me.  “Picture this,” he says, gesturing to the road beside us.  “You’re a little child, heading to school in Minane Bridge.  Holding your mammy’s hand, lashing rain, low light because it’s early in the morning – and a big tractor comes roaring past.  That’s too much of a sensory overload for any child with ASD.”[1]

That may not only be an upsetting experience for a child and their guardian, but can also lead to further danger: an overloading of stimuli may inhibit thought processes, and put the child in harms way while in such volatile circumstances.  From what Cllr. Dalton O’Sullivan has heard, it’s a common issue in rural Ireland, but one that gets little to no discussion.  There is no simple solution to this, but Cllr. Dalton O’Sullivan stresses the need for footpaths in areas where there are none, and for traffic speeds through these parish areas to be slowed.

Almost 80% of Irish road deaths occur on rural roads, and citizens seem to feel that not enough has been done, judging by the election of Cllr. Dalton O’Sullivan and his emphasis on protecting rural roads.  With EU directives, reinvigorating the TII and solving the issues rarely discussed, Ireland’s rural roads have a long way to go, and a twisted route to get there by 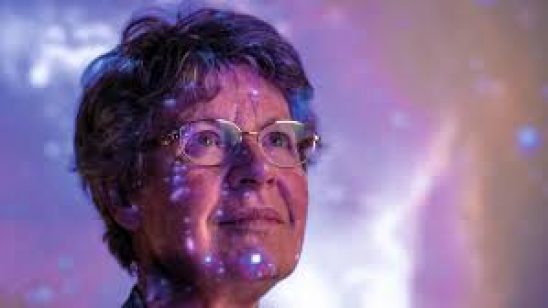 From Quakerism to Quasars 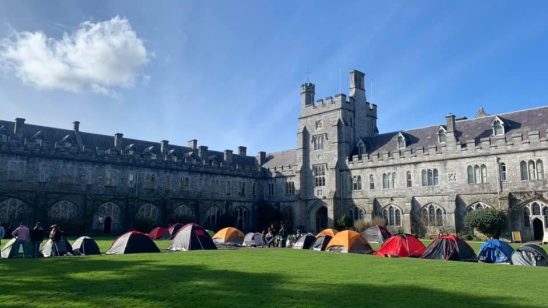 People of the Quad