Gemma Kent discusses the paradoxes of being a perfectionist.

I started writing for Motley just over twelve months ago, having spent my first year in college fleeing from the thought of trying to get my work published. The reason? The long version is that, in those hallowed, glossy pages I had been witness to a range of novel and engaging discourses on fascinating topics, and I had come to assure myself that I could never hope to replicate any of them, believing myself boring and talentless. In shorthand, this equates with the words “I am a chronic perfectionist” – someone who forces herself to produce only and always the very, very best, no matter how unfeasible it may be. It’s an aspect of my personality I’ve paid very little heed to over the years – I just assumed myself to be something of a workaholic, and figured that that was all there was to it. But in the last fifteen months I’ve come to see how it can have a damaging effect on how you view yourself, with a particularly fatal blow to how willing you are to pursue those things you love doing the most.

The worst part about my reluctance to write for Motley in my first year was that I loved writing with all my heart; English was my joie de vivre in school, and I was never modest enough to think I wasn’t any good at it.

I did well in exams, after all, and was even runner up in a short story competition when I was fifteen. Such is up-side to the plague of perfectionism: you tend to do best in whatever it is you fret most about, so it is rare that your worst fears of failure are ever actually realised. The flip-side of this is that actually bringing yourself to write something in the first place is like the age-old strife of drawing blood from a turnip: faced with the great expanse of the cursed white sheet, I tend to fill the page with visions of my seemingly-imminent failure before I ever fill it with words.

This kind of bad-start (if it, too, is half the work) leads to writing that is constantly beating its forehead on the desk, endlessly asserting that it is going to wind up dreadful, even if you’re only six words in. Ultimately, then, you start to procrastinate getting going at all, dreading as you do this drawn-out process of self-loathing; when the deadline for that article or essay eventually rears its ugly head, you are now ten times more dread-ridden than you were before, reasoning that if an article you had four weeks to write was going to be terrible, then the one you have to whip up in just under four hours is going to be beyond retribution.

Of course, as this piece proves by virtue of its being here, I do eventually, with much teeth-grinding and hair-pulling, get stuff written and sent in, and more often than not, I’m happy enough with it.

Happy enough with it, that is, for at least a short while. After twenty-four hours or so (and with our amazing editor, Lauren, undertaking the task of proof-reading and editing my piece) I’m probably already re-opening the document on my home computer, double-checking that it didn’t, in the night, morph into some poor cousin of Fifty Shades of Grey, or that I wasn’t deluded when I deemed it to be “alright, I guess”.

This process consists mostly of more casual self-berating (“Did I really just mention Fifty Shades of Grey?”) and general head-shaking (“I should never have picked this topic, I sound so whingy”); it’s because of this tendency that I have banned myself from using Googles Docs’ “See New Changes” feature, because, so help me, seeing even one corrected comma usage will have me sobbing in my bedroom for a week.

And then there is Stage Three, which I imagine amounts to every writer’s most-feared part of the cycle. The essay deadline is met, the magazine hits shelves, and you spend the next hour, day, week, reeling in wonder at what is passing through your readers’ minds as they eat up your words. Most-feared as it may be, it is also perhaps the least stressful of the stages, as far as I’m concerned. Everything is, by then, far beyond my power to control, and while I still pepper over the possibility of being exiled for being dull, I also find the tension in my shoulders laxing. Because by this point I realise I’m being pretty silly in worrying so much, that people will either like my article or they won’t, and by next week the world will have spun its way onto something new and I will have moved on to my next self-crucifying endeavour, and it won’t matter if I never fixed that misplaced comma or reworked the rhythm of line two because – really – my writing is not at the centre of the universe and no one expects me to reach these impossible standards (except me).

So, I struggle to write things in the first place, despite my overwhelming love of the art, and even when I do get something on paper, it is not long before I have devolved into a clingy, helicopter-esque follow-up writer. But what do I do about these issues, aside from claiming for myself a page of poor Motley, just to mourn and re-open those very wounds? Typically, the best cure for the writer’s-block-style fear-of-starting is to lock yourself in a room with a pen and paper and to force yourself for an hour or so to make inconsequential scribblings about the topic you wish to write on. I find an exercise like this combats my fear of making mistakes in what I write, because the act itself is built around the premise that you will throw away every piece of paper you make a mark on. And as well as being therapeutic, that sixty-minute slot can also be a very productive time, offering you as it does the chance to hone in on and refine the topic around which you want to write.

When it comes to dealing with the incessant fear of third-party edits, I can safely say that putting the whole process from your mind, while seemingly cowardly, is about as good as it gets. A key part of being a writer is taking nothing personally, and if I am lucky enough to get to write until my dying days, then this will be an obstacle I fight until the end. Remind yourself that every cut, every correction, is a lesson to you about what works and what doesn’t, and that if no one pointed out your mistakes to you, you might still think it’s okay to touch a heated stove. No one likes being wrong, but how can you ever hope to be right if you don’t take the chance and say first what’s in your head? Because while, sure, I’ve written this piece to wallow in my self-pity a bit (not a bad thing to do now and again), I do have an ulterior motive at heart.

I’m aiming this piece at others in my niche group, those who love to write and those who also grapple with the self-laid demands of needing to be the best, and I’m telling you to practise imperfect.

Because I get that it seems easier to shy away from doing what you love for fear you do it less-than-perfectly, but in doing that you lose so much more than you gain. You deny yourself not just the obvious chance to succeed, but also the necessary chance to fail. And failing is, I have come to realise in small and sour-tasting moments, a crucial part of becoming a functioning human being, even if in the short term it hurts your soul more than typos in a broadsheet.

So foster your ambition, and push yourself to do the things you enjoy most in the world, even if they also substitute for the things you are most afraid of. And in the event that your heart revolves around writing prose, poetry, fiction, think-pieces, opinion pieces or worldly social analyses: please, for the sake of my sanity, submit to the features section of Motley. Our hallowed glossy pages don’t fill themselves. 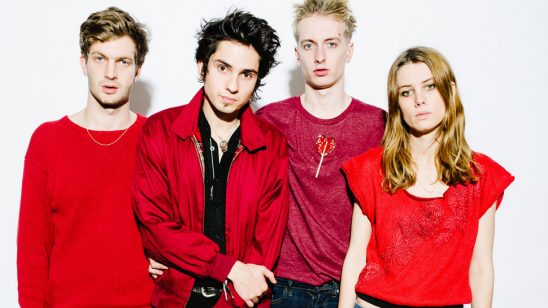 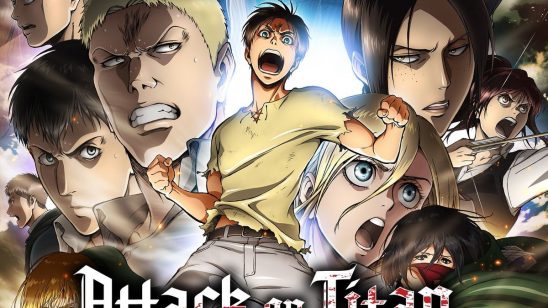