Motley’s Graduate Writer Alana Daly Mulligan speaks with fellow alum Laura Duff about the cathartic power of songwriting, her dad, and her love for Limerick.

For all the words I have in my lexicon, it is hard to find an ample description for Laura Duff. She says she’s good at reading people, but others might find her harder to get to know: “I’m quite a private person… but maybe I am totally transparent and just have this idea of myself as a mysterious woman!” she jokes. But all you really need to know is that Duff has an appetite for living (and loving) life while creating music that moves people.

A native of Limerick, Duff has loved music for as long as she can remember. The turning point where the hobby metamorphosed into passion was at Music Generation Limerick City, an organisation of which she is an alumnus of: “I joined when it was a pilot programme. That’s when I first got the opportunity to gig and write with people and play in bands – that was kind of a big thing for me as a teen.” Mentored by many of the mould-breaking stars coming out of the city at the moment, it is no surprise Duff is part of the strong showing of Shannonsiders on the artistic move. “It feels like Limerick is having a moment and it’s nice to be a part of it. I feel proud: so supported and so motivated. I’m happy to be home.” Winning the prestigious Paul Clancy Songwriting Award at the Irish Youth Music Awards in 2015, and performing as an opening act for the likes of Little Green Cars, Hudson Taylor and Róisín O among others, Laura Duff is no stranger to success, hard-earned and well-deserved.

The Laura Duff sound in its current cycle is zesty, energetic and fresh with writing that looks to harvest deeper truths of meaning in everyday interactions. Self-describing the sound as “charismatic alt-pop”, Duff sets the scene for what her EP means by Heavy Summer with her longtime collaborators JJ Lee (Bass), Christopher O’Sullivan (Drums /Percussion) and Finn Fogarty (Lead Guitar) evolving the sound, under the guidance and experimental freedom allowed by producer Christian Best. “We have such a good creative relationship all of us,” Duff says of her bandmates. “That’s pretty massive in shaping our sound and obviously, it’s totally different to my earlier solo material. Both times for the first and second EPs we went into the studio all-prepared, but so much changed. We get to experiment so much with [Christian Best]. But I mean, I think it’s always developing.”

The work, which Duff comments is largely autobiographical, pulls from the various strands in her life: “I’m very honest in my writing” she explains, her relationships with people and the world around her often influence the material she expresses through music. It feels like almost an immediate follow-up to ask how does Duff negotiate the responsibility of maintaining the private intimacy of close relationships while simultaneously allowing the experiences to fuel her art? “I am a fan of language, not being predictable about things. So I think my writing style helps me in that way.” To reinforce a sense of security to this statement, Duff emphatically adds “I don’t want to write music that means nothing to me – this is my experience…I guess songwriting is very much a cathartic process for me. It helps me make sense of stuff in my head and straighten out my thoughts.”

The EP is elegant, exciting, gentle, heart-aching, and clever. With visuals to match, the hot-pink imagery created by Ciara O’Neill (@ciaramakesthings), Duff is on the frontier of Irish acts to watch right now, doing exciting things with her unique sound and style, she curates her future meticulously. One can only watch in wonder as she juggles the demands and difficulties that come with being an independent female artist in Ireland.

“I’ve faced direct, blatant misogyny as a female artist and that’s tough. The three guys, they’re just such good pals, and it shouldn’t be like this, but I feel there’s a certain safety to having them around me.” Duff goes on to recount experiences she has had where industry professionals attended her shows and made comments about her appearance, that while it can be difficult to tolerate this behaviour, the industry in its current state often tends to be unforgiving to female artists over surface-level issues. But she’s optimistic, “we’re definitely making progress, but there’s a long way to go yet.”

Speaking of prominent women making it in the music industry, Duff was awarded the Dolores O’Riordan Music Bursary Award for her songwriting by Limerick City and County Council. “Being selected for this bursary which commemorates Dolores does feel quite poignant given this project is a dedication,” says Duff.  The funding will support the recording and production of a collection of music that is in memory of Laura’s father, Conor, who died by suicide in 2019. Working with Limerick musician-producer and friend Míchéal Keating in perhaps her most vulnerable release yet, Duff seeks to navigate the loss of her father through her music. “Writing through my grief has definitely been a crutch for me, it helps me try and make sense of my thoughts and try to come to terms with losing my dad. It’s so complex y’know, but when I do feel like writing about it, it definitely does bring me solace.”

Perhaps one of the hardest parts of this project to grasp for Duff is its never-ending nature, something to be revisited over time: “I found that grief is an evolving, long, highly unpredictable process. So I think this project will always have life.” There is a discomfort here too, the exposure of something so deeply personal: “I’ve found as well, the more I work on the songs, some of them make me uncomfortable in retrospect and as more time passes. But at the same time, I’ve come to accept that too because each song explores real emotions and experiences of particular moments.” However, now is the time, Duff feels ready to share the material and bring the songs to a fuller life. “They’re very close to me at the moment,” she says, and continues, “but they’ll always be close to me.”

The future often feels like a minefield question, but for Duff, the answer is easy: “I just want to keep writing music with my dear friends in the band. Getting to gig somewhere like the Olympia is a huge dream but at the same time, I’m not the kind of a person to be like, ‘I want to be top of the bill at whatever festival’, or ‘I need to play this venue.’ I just want to keep doing this as long as I’m enjoying it as much as I am, though, you know, and putting out work that I’m proud of.”

Over the course of editing this piece and spending more time with Duff’s music, I have found it increasingly difficult not to be moved while being ever-more inspired by what she is doing. Our interview- unconventional as it was, made up of a phone call and some follow-up voice notes- stays in my brain, weighs heavy, refuses to fall to the wayside of my thinking. Given collectively what we are living through right now, the grief of a pandemic coming to its dètente, the recent spotlight on the delicacy of our lives, and at the risk of sounding cliché, the importance of living them fearlessly and for ourselves, seems ever-important. Listening to Laura Duff reminds me of this. One can only be excited to hear more honest and gentle zest, more colour, and more love for life.

Duff is bringing her band to some of Ireland’s most exciting venues:

You can find out more about Laura Duff on her website https://www.lauraduffband.com/ or by following her on social at @lauraduffband. 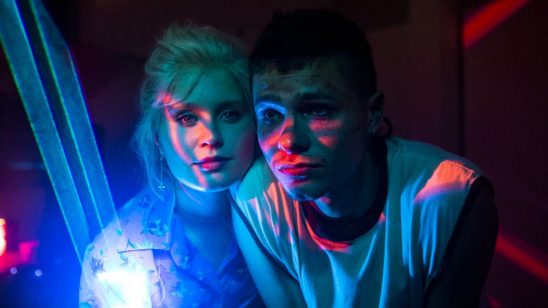 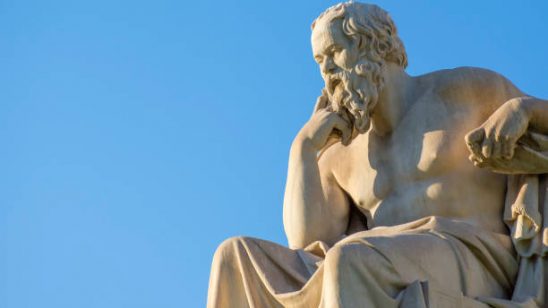 The Limitations of Western Philosophy