Anyone who knows me personally knows I’ve never really had an interest in local music scenes, my primary musical interest lies in the much-derided Korean pop genre. However, upon becoming the Entertainment Editor at Motley Magazine I felt it was necessary to educate myself on the thriving local music scene in Cork City and beyond. This article is the result of this venture, I listened to approximately thirty local artists and I would give my thoughts on all of them if I could but unfortunately, I have limited page space. So instead I picked artists that would cover a wide range of music genres, so everyone would have someone to check out. I approached this exercise with an uncritical lens, preferring to appreciate the music for what it is rather than being needlessly critical and pedantic.

Pretty Happy is a Cork-based trio made up of siblings Arann (vocals, bass guitar) and Abbey Blake (guitar) and Andy Killian (drums). While their discography isn’t massive as of yet, the tracks they have released are very promising. I would describe their sound as aggressive, almost frantic, with an unmistakable punk colouring. Their most popular single “Schmuck” is a perfect example of their sound, Arann’s vocals are shouty and energetic and play over a guitar-heavy gritty backing track. The song gradually fades into distortion, leaving the listener wanting more.

“Mr Crabs” is a less aggressive track, possessing a pseudo-groovy beat that comes across almost like a sea shanty (appropriate for the song’s namesake). With catchy lyrics and a rowdy indie vibe, this tune was very enjoyable. By all accounts, Pretty Happy is exactly as energetic live as you’d predict from listening to their music. They play venues around Cork so when it’s safe to do so I recommend you check out one of their gigs.

Outsider YP is a Cork-based rapper with an eccentric boundary-pushing style. A familiar face in the Irish festival scene, the young rapper has played at festivals like Electric Picnic and Body and Soul. Regularly releasing new work, Outsider YP is one to keep your eye on for sure. His latest release “Pewdieboy” is a chill hip-hop track with a sombre beat playing repetitively in the background. Outsider YP’s vocals in this track are slightly distorted and are played in conjunction with various sample sounds, giving the track a lo-fi vibe which is perfect for its sad lyrics.

Many of Outsider YP’s tracks are in the same vein, sobering lyrics rapped over a cool yet bleak lo-fi track. He is certainly representative of a current trend in music but he excels in this niche regardless. “Disco”, an EP released by the artist in 2019, displays Outsider YP’s vocal ability more clearly. The majority of the song has Outsider YP showcasing his “sing rap” over a repetitive swerving beat, eventually growing more frenetic towards the end which is a nice touch. If you enjoy distorted lo-fi hip-hop then Outsider YP is for you.

Automatic Blue is where Hausu founding member Drew Linehan curates his electronic pop madness. For those unaware, Hausu is a Cork City music collective which houses multiple artists who often collaborate to great effect, I encourage everyone to check out their other artists. As for Automatic Blue, heavy distortion and vocal manipulation are the name of the game for the majority of his work. “make friends” opens with an erratic manipulation on the vocals before exploding into auto-tune goodness. The beat in this song is bouncy which synergises very well with its first drop. The occasionally shouty lyrics are icing on the cake.

“Boy Toy” is a collaboration with fellow Hausu member Ghostking is Dead. Linehan’s contributions are his typical distorted almost-inaudible vocal style which eventually transitions into Ghostking’s cleaner verse. Various synths have been worked in throughout this energetic song so the trained ear is always exploring something new throughout. Overall, I was really impressed with both the work of Automatic Blue and also the Hausu collective as a whole. If you’re a fan of electronic pop you’d definitely find their work entertaining, very interesting production in all of their tracks.

Kyoto Love Hotel is an electric duo composed of Laura Sheary (Belfast) and Joe Geaney (Cork). Interestingly enough, the pair have said in the past that the physical space between them is an appropriate metaphor for their music which seeks to evoke a feeling of expansiveness in the listener. The first song I listened to from the pair was “I Float” and I was instantly drawn into this track. Laura’s enchanting accented vocals accompanied by a steady wondrous drone in the background immediately captures the kind of expansive vibe that the pair were going for. The synths that ping your ears throughout the song conjure up aerial images of nature in your mind’s eye as you listen.

The droning synths in “Shapes That Bond You” evoke a different kind of wonder, almost cosmic in nature. Laura’s distorted vocals are very reminiscent of GLaDOS (of Portal), they are robotic yet unmistakably emotional all the same. The backing track is very pleasing on the ears as it plays out in a pattern. I am intrigued by the work of this pair and I will personally be keeping my eye on them as they expand their discography. Kyoto Love Hotel has been known to attend festivals in the past so here’s hoping!

Elaine Howley has been a mainstay in Cork City’s music scene over the years. She is the lead singer of The Altered Hours and Crevice among other outfits. Recently, Howley has been releasing some of her own solo work. For starters, her song “Ignite” released as part of “The 343 Vol I”, an album compiled by The 343, a queer arts space in Belfast. Ignite is a mournful track with a smooth musical quality. Howley’s vocals are muffled and echo slightly as the music rises and falls, perfect for the forlorn vibe of this song.

“Song for Mary Black” is a personal favourite of mine. This song has eccentric traditional Irish tones which are accompanied perfectly by Elaine’s chilling soft vocals, which border on inaudible in this mix. Haunting is the most accurate adjective for this track. Following the pandemic, I imagine you won’t have to look too hard to find Elaine Howley performing at one of Cork City’s beloved venues.

As someone who’s music taste usually lies in the highly produced and promoted, I approached this exercise with little idea of what to expect. I ended up being blown away by the quality of the music being produced right here in my own county. Although I couldn’t feature all the artists I enjoyed, I hope I have laid the seeds for the reader to conduct their very own exploration of our local music scene here in Cork. It’s now more important than ever to support our local artists who are going through tough times as a result of the ongoing pandemic. And when this is all over, we should support them even more because of our collective newfound appreciation for the arts. After learning about the wealth of talent in Cork, I personally will be attending more local gigs. I hope to bump into many of you there. 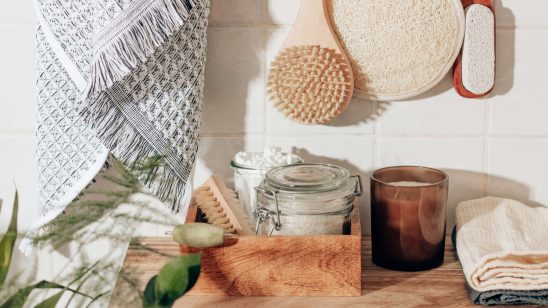 Five Sustainable Beauty Swaps to Change Up your Self-Care Routine 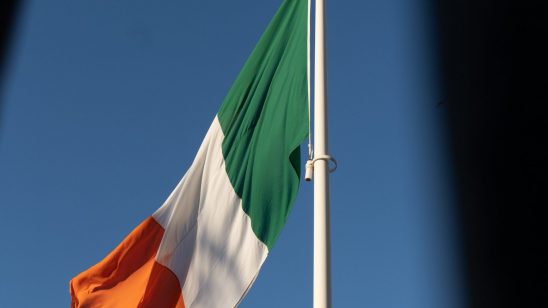 Relaying the Bricks of Our Nation: The Programme for Government’s Commitment to a Referendum on Housing