Wolf Alice, an alternative rock band, were initially a two-piece, but are now finding their full form as a group of four. They originally hail from Northern London, and have been leaping from strength to strength in the last few years. From Glastonbury to Grammy nominations, movie features, touring the world and now with upcoming Irish dates and a new album due for release on the 29th September, they have certainly been busy. I spoke with bassist Theo Ellis to find out more about the band’s new music and direction, and to see just how this newfound fame is treating them.

I decided to start at the beginning, and find out where Theo’s love of music started. I asked if he had been playing music since a young age or, like myself, had picked it up further along in life. Much to my surprise, he quickly replies that his first instrument was also the saxophone, which he started playing when he was about nine or ten, but quickly made the switch to bass. He explained that he began to play the bass in his teens and that both music and gigging were a huge part of his teenage years.

We fast forward a few years to when Theo joins Wolf Alice. Theo, along with Joel on drums, didn’t join the band until 2012, the same year they started to get some music into the charts and a year before their first single release. Theo seemed to join just when the band was taking off, but actually this was not the case.

“We played to no-one for about two or three years after I joined. We were still playing to empty bars and pubs and really had to work for the first few years.”

And it seems that the first few years of struggling have kept the band extremely humble. I spoke to Theo about if they ever thought they’d be this successful way back in 2013 when they were “playing to empty bars” and had just released their first EP.

In recent years the band have played at Glastonbury festival; they’ve had Grammy nominations, along with many other award nominations and wins; they’ve been on tour all across America and Europe, and have even had their music featured in T2: Trainspotting. I wondered if they ever had any idea of how good their music was and how much potential they had, or even if they thought they’d have a unique edge over other bands, what with having a female lead when that was still a very much unheard of thing – but Theo said that he seemed to never think about that before, and he never looked at the band from that perspective.

“It’s hard for me to say,” he told me. “I wasn’t on the outside looking in; I was too close to it all to say really.”

When I went on to ask him about if they ever expected the fame after they were really established, he had a very definite response however. I figured that after the band started to gain some momentum that award nominations and festival dates would become a common thread in their lives, but Theo is still as down to earth about the whole thing as anyone else would be. He expressed his immense surprise at the Grammy nomination. He stated that one always dreams about something like it happening, but very rarely does it ever happen. But what about having music featured in Trainspotting? Surely seeing the band name scattered around in the media is a normal thing? But no, according to Theo: the band still gets a thrill from it all!

“Especially for Trainspotting. The original is a movie I love and all the band loves, so that was a really great experience.”

The band released a new album ‘Visions of a Life’,  on September 29th and are following it up with an Irish tour date in Dublin’s Olympia theatre on the 28th November, so of course I had to ask a bit about this. Ahead of the interview, I was given an exclusive listen to the full album and, as a whole, I felt it was a lot grungier and heavier that previous music from the band. Many fans have probably heard the single ‘Yuk Foo’ by now, and will understand this, but even the not-so-heavy parts of the album (like the title track) definitely have a much more grungy feel than before.

I asked Theo if this is something fans can expect in the future, and if the band are changing their style slightly. His response was that they’re just being truer to themselves, really, rather than changing their style. “We’ve been more brave about the music and not shying away,” he said. “The heavier parts are heavier but the softer parts are also softer.” I happened to mention that this grungy feel reminded me of some other very well known bands, including ‘Rage against the Machine’, and other aspects almost reminded me of ‘Audioslave’. Theo stated that while they take inspiration from other musicians out there, they focus mainly on creating music based on their own experiences and by exploring their ever-developing style. He claimed that they have a tendency to take more of a cinematic approach to the creative process.

This immediately made me ask a question I hadn’t planned on asking. Everything that Theo had said throughout this had given me the impression that the music and band as a whole is very organic. The band draws from personal experiences for inspiration, and everything is created in a very real way. Maybe this contributes to why the band is so humble in their ever-growing success. Since I now had this feeling of the band being very natural, I had to ask Theo quickly before he left if the album art for ‘Visions of a Life’ is ‘real’ photography; If it were an actual home photo belonging to someone they know, or was it just a staged photo edited to look old? The image is very strange – so strange that you’d think it surely had to have been created just for the album cover. But no, Theo explained, it’s a photo belonging to Ellie’s family. “It’s Ellie [Roswell, Wolf Alice vocalist and guitarist]’s aunt as a kid. I think Ellie’s mam could’ve taken the photo actually, I’m not 100% sure.”

The picture shows a girl in a white dress and ballet shoes in a dance pose standing next to a skull on a podium: quite strange, but Theo goes on to say that it pretty much encapsulates everything about the album.

“It kinda links with the concept of the album, it’s the girl’s ‘vision of a life’, she’s playing make believe in her head just like we all do.”

Not wanting to make Theo late for the band’s practice which started in about ten minutes time, I finished up with an old reliable: what do you think the next few months hold for Wolf Alice? I got a simple response that sums up the laid back attitude of the band: “only time can tell really… [we] are excited to see what people will think of the album!” 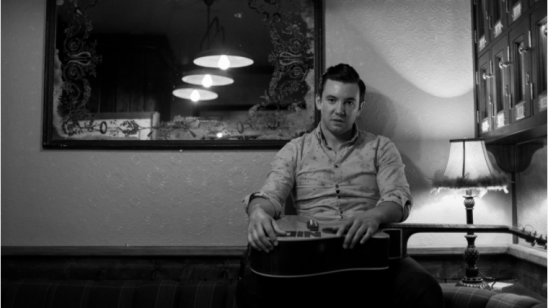 Track Review: Wear It While You Can by Eoin Glackin 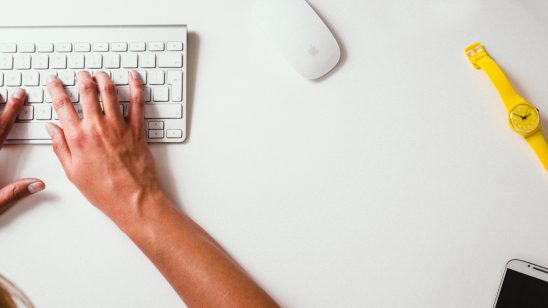