Afeez Olayiwola Sanni examines the recent killing of George Nkencho in Dublin, and the light it casts on An Garda Síochána’s approach to supporting communities of colour, especially with regards to mental health.

Six gunshots later, 27-year-old George Nkencho fell to the ground in front of his West Dublin family home. Earlier that day, he had assaulted a shop staff member, but efforts to apprehend him at the scene proved futile. On the way home, Mr. Nkencho had allegedly threatened members of An Garda Síochána with a knife and would not cooperate in dropping the weapon. Consequently, the Garda Armed Response Unit was called in, something that would be later viewed as a misjudgment by the public and reinforce public opinion that the use of force on Mr. Nkencho was excessive, especially in the light of his known psychiatric difficulties.

On the evening of his shooting, several online news outlets had already named him a ‘thug’. Like a snowball effect, rumors began to spread across the country – how he had 36 past convictions, was on bail and had assaulted his girlfriend with a hammer – some of the choice allegations the internet assigned to Mr. Nkencho. Days later, the Gardaí decided to step in and debunk the lies using major national news outlets. The events that followed the death of Mr. Nkencho highlighted the animosity some faceless people felt towards the African community in Ireland as a whole. Relations between the African community and the Gardaí were at an all-time low, not helped by hateful comments that were dominant on social media platforms like Facebook and Twitter. Although these comments do not speak for all Irish people, there was a clear voice that felt that he deserved to die. Mr. Nkencho’s actions were in no means acceptable, but the Gardaí could have done a better job which may have not led to his death. A little more patience and the presence of a mental health professional or social worker could have made a difference.

Months prior to the shooting, a man in the same area had murdered his wife and child with a Samurai sword and was apprehended alive. A year before that, a man in South Dublin had hijacked cars using a gun and was apprehended alive. George on the other hand, had assaulted a shop staff member and threatened the Gardaí with a knife, but had to pay with his life. All the aforementioned in no way aim to justify George’s actions but to rather highlight the use of excessive force on him by shooting him to death instead of disarming him to arrest him. What about George was so threatening that the Gardaí thought the appropriate response was to kill? The answer is upsetting for many, as we dare question would Ireland be an echoing gunshot of America’s trigger-happy antics if our ‘Guardians of Peace’ carried weapons?

All of this can be linked to the Black Lives Matter Movement in Ireland’s major cities last summer. When people took to the streets, many were uncomfortable and dismissive at the suggestion that Ireland and America were the same. Although migrant communities do not suffer from the same level of police brutality as in America, it’s not unfair to say that the Gardaí have issues dealing with Ireland’s increasingly diverse population. Further training on dealing with other nationalities and de-escalation strategies could be beneficial in healing this divide.

The Gardaí have sent out diversity officers to restore calm in the community, but it is simply too late. Relations between the Gardaí and the young people within the African community in West Dublin have worsened in recent years, perhaps attributed mostly to an increase in the Gardaí exercising stop-and-searches of young Black men. This in turn has led to the Gardaí being viewed as the enemy. All this said, George Nkencho needed mental health support but instead had his life taken. Although investigations continue, Ireland as a whole has a long way to go with building better relations as our multicultural communities expand. 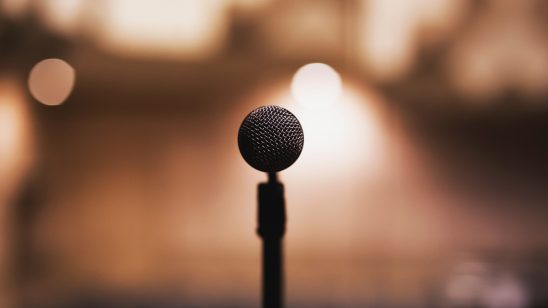 Talk helps but comprehensive therapy can be better

Aokigahara Forest and Beyond