When it comes to music in Ireland, there are few things more mesmerizing than an Alex Gough live show. Joined by a band of three, the 20-year-old Waterford artist raps, sings and drums simultaneously in a way only he and Anderson .Paak can. You can see the raw energy, passion and conviction in each of Gough’s performances, and despite the concerns of management and friends in the audience, he shows no signs of stopping. “My girlfriend and my manager said to me one time that they thought I was going to pass out. I was feeling fine but looking at me I was sweating, going pale, and when I’m done I just need to have a sit down,” Gough laughs.

In a year that’s taken him from relative anonymity to half-a-million Spotify streams, sharing a line-up with Billie Eilish at Electric Picnic and shows in London, the time has come for Gough to take centre stage.

Gough was six years old when took his first tentative steps towards music. Inspired by the movie School of Rock, Gough was determined to learn how to play the drums, and as a present on his sixth birthday he was gifted a children’s drum kit. “It was a stupid Smyths drum kit,” Gough admits, “but the first thing I did when I got it was try to learn how to play it. I really started taking interest in it when I was about six and started getting to a point where there was a good reason for me to get lessons that I had enough of an interest.” Gough began taking drumming lessons from the age of 12, before his teacher unceremoniously moved to America. He’s taught himself through YouTube tutorials ever since.

At age 16, Gough began writing music for the guitar before developing an interest in music production. After learning that people were beginning to produce music from their bedrooms, Gough got a laptop and borrowed the production software Logic from a friend of his Dad’s. From there he began fiddling away with the programme and figuring out the ins and outs of the software. Without ever intending to, he found himself producing house music. In Gough’s own words, “When you first pick up a laptop or Logic or something like that, the first thought is ‘What is the most electronic thing I can make’, and that kind of music is the first thing that comes to mind.”

In 2015, Gough was releasing music on SoundCloud. Between house tracks and ‘Stranger Things’ theme song remixes Gough put together his debut EP ‘Day/Night’ in early 2017 before following it up with the EP ‘eighteen.’ later that same year. ‘eighteen.’ marked the first time Gough had released a song on which he added his own vocals, and also included one of the earliest versions of a track that would go on to kick-start his rapid rise, his future debut single Afraidofmoney.

Unfortunately, Gough’s vocal renaissance didn’t last as ‘eighteen.’ was followed up by two instrumental projects, ‘Art is Alive and Well (Part 1)’ and ‘The Infomercial Tape’ in 2018. The reason why Gough decided to cut his vocals? Confidence, or lack thereof; “I hated my voice, plain and simple. I really didn’t like my voice on things, and I thought that …. pre-Afraidofmoney I thought I couldn’t put my voice on anything because it doesn’t work.” Little did Gough know that just a year later, his voice would be heard by thousands across the world.

By 2018 as his band Central Hall (which he drummed in along with his brother Jordan on vocals) was picking up steam, Gough decided to turn his hand back to solo work, beginning to take his solo material a bit more seriously. Afraidofmoney was released in September of 2018 to widespread acclaim, with the track finding placement on a variety of Spotify playlists. In February of 2019 he released Breakfast, which shot straight into playlists and charts upon its release. By the time Step To Me came along in July, Gough had garnered a loyal and ardent fanbase. The video is one of the best of 2019. Shot from the top of a hill in Cork, its close-capture framing and disorientating perspective capture the essence of the track and encapsulated everything Gough wanted from the shoot. “The meaning of the song really shone through,” Gough admits, “and that’s really important for me that there is a reason for everything.”

As the singles were beginning to grow and anticipation was beginning to build Gough began work on his biggest release to date, his latest EP, ‘80%’. Gough was working on the EP up until the very last minute, only receiving the final mix and master of the project in a car on his way to perform at Electric Picnic mere hours before his deadline.

Made up of four tracks and a short introduction, it tells the story of man’s dependence on irrelevant technology, and their negative effects which has seen anxiety and stress levels increase due to the influence of the likes of YouTube and Instagram. The EP was met with widespread acclaim upon its release and to date has been streamed over half-a-million times on Spotify, a fact that amazes Gough when asked about it. “It’s crazy,” Gough laughs, still shocked by the sheer size of such a number, “It’s only been out for over a month, I didn’t expect it to get this big at all. I went into it thinking ‘Awh maybe I’ll get on the odd Spotify playlist like the last few singles’, maybe get 100,000 or 200,000 streams total so to get half a million is crazy.”

Since Electric Picnic, Gough’s played a show in London’s Seabright Arms, as well as playing his own headline show in Whelans in December. In November, he was announced as one of five Irish representatives for this year’s Eurosonic Festival in the Netherlands. On top of that, he’s got a new single out now: ‘Fool’, which looks set to be followed by an EP later in the year. What happens next is anyone’s guess, but the only way is up.

[You can read Cailean’s extended version of this article at GoldenPlec.ie now.] 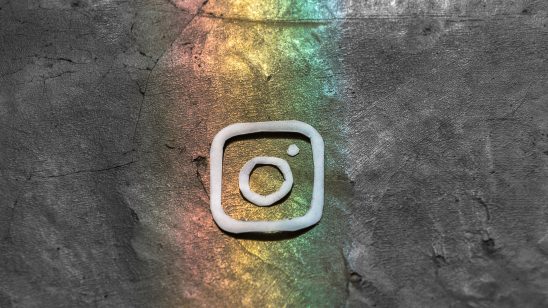 Do we appreciate the art we see on Instagram? By Eve Roche 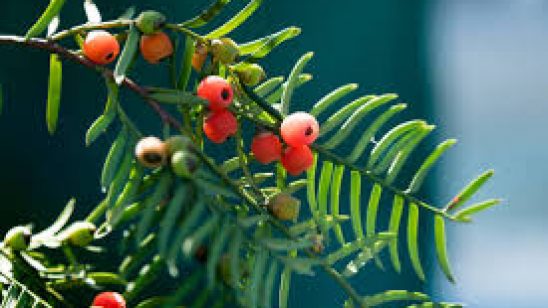 The Yew Tree in the Abbey