Motley’s Emer Walsh talks with Cork’s new-age music-making trio Happyalone about the release of their new single “Gut,” life after lockdown, and the power of wine when speed-writing songs.

“It’s a clusterf**ck of juicy vibrations,” – This is how 24-year-old lead vocalist and guitar player Baxter describes the sound of Happyalone.

Formed in early 2017, Happyalone was born from the reunification of Baxter with the band’s  other remaining founding member, the 25-year-old bass player and synth master, Slee. First meeting as teenagers on a summer trip to the Gaeltacht, the two were reconnected in UCC years later, with their mutual love for music leading to them both studying it at third-level – for a year at least.

Now, proud UCC dropouts Baxter and Slee are joined by 23-year-old guitar/piano player and fellow graduate of the School of Life, J, who joined the band just over two years ago.

Taking inspiration from beloved acts such as Radiohead, Kanye West, the Smashing Pumpkins, and The Police, the band also acknowledges the less conventional influences that have shaped their discography, with J jokingly remarking, “We are all into everything. I mean, the shit we would be listening to half the time is very suspect.”

With a diverse range of influences, the powerful trio is credited with birthing what can only be described as a new, boundless genre of music, consisting of celestial synths and smooth vocals backed by unique electronica.

Since their first single release in 2017 with “Colours”, which has since racked up an impressive 1.79 million streams on the band’s Spotify, the trio has gone one to release eleven more singles, with their newest song “Gut” scheduled for release on Friday, the 25th February. Reflecting on their upcoming release, Baxter recalls, “It’s a lot more stripped back. It still has a lot of textures and ambiences and heavy drums, but it’s a lot more refined; a little bit more mature maybe.”

Speaking on the track and the band’s broader motivations, Baxter explains, “I want people to be able to feel all the emotions one would generally feel in life, and feel them through the songs without being ashamed of it… Just to help people understand that having feelings is okay.”

Before COVID-19 forced musical acts worldwide into an involuntary hiatus, things were on an impressive upward trajectory for Happyalone, with collaborations with bands like the Grammy-nominated Bring Me The Horizon carrying the once-underground Cork band further into the mainstream.

Looking back on the fateful day that the band received word from the Bring Me The Horizon frontman Oli Sykes, Baxter recalls “May 2019, we were practising and we got a message from someone asking us to do some festival… and we saw the name, it had the blue checkmark, then we realised that it was Oli Sykes and we just thought, ‘Jesus, F**k’.”

Following the initial shock, the band travelled to the UK to perform at the festival, and kept in contact throughout the following months before being asked to collaborate with Bring Me The Horizon on their upcoming album, Music to Listen To…

As Baxter Recalls, “We got a message from Oli asking us if we wanted to be part of this project that also had people like Halsey and Bexey on it. We said yes and they said, ‘well you have two days to make the song.”

Baxter jokes, “On the first day, we got so excited, we got a load of drink, got so pissed and didn’t write the song at all. The next day, we woke up and were like, ‘okay, we now have one day to write a song.’ So we put ourselves together, had a bottle of wine to take the edge off and just started writing,” – the result of which was a massive success.

Racking up over 2 million streams on Spotify alone, the band’s collaborative song “Like Seeing Spiders Running Riot on Your Lover’s Grave” with Bring Me The Horizon was the catalyst that pushed Happyalone on a sharp upward trajectory.

Now, as the band works towards releasing an eventual album, the trials faced as a result of continued lockdowns will finally be worth it for the enthusiastic trio. As Baxter recalls, “At the start it was fine, but everyone then got depressed as f**k and anxious about the world and what’s actually gonna happen, so that part was fairly shit.”

However, J insists that Baxter, “wrote some of the best songs [he’s] ever written over the course of the lockdown,” leaving much for devout listeners to look forward to over the coming months.

As life continues on the other side of the pandemic, the band assures that they are ready to continue on their already-paved path to success. “We’re over it. It happened once and it will happen again, we know our worth and we have a positive outlook now compared to the doom and gloom of the last two years,” says Baxter.

Carrying this optimism with them into the new year, the trio laugh when asked about their dream venue. “Glastonbury.. Glasto all the way. And the Graham Norton Show,” they joke. In the meantime, an upcoming Irish tour spanning across Cork, Dublin and Galway in addition to a scheduled single release for every month of 2022 means that Happyalone is prepared to make up for what the last two years took from them.

Reflecting on life in lockdown, the band explains, “We’ve had a lot of time to think about where we want to go and focus on the craft – we’re a lot more confident in our music now.”  Let’s just hope Graham Norton is too. 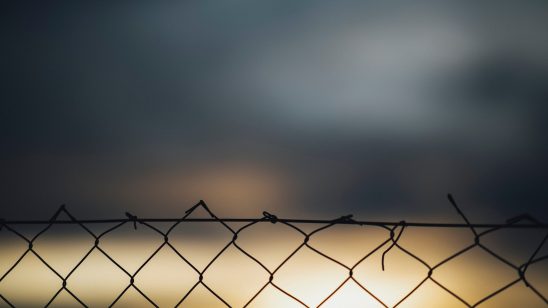