Gemma Kent surveys two of UCC’s core endeavours in the field of sustainability, the “Love Our Library” Campaign and the work of the Environmental Research Institute.

In 2010, University College Cork became the first institute of higher-education in the world to be awarded a Green Flag. At the heart of this first milestone in UCC’s efforts to promote and improve its work around sustainability was the Green Campus initiative, birthed in the university itself in 2010 as a follow-on from Green Schools. Fourteen other countries have since followed suit, but UCC remains within the top 10 Green Universities worldwide, based on the most recent figures published by the UI Green Metric World University Ranking. In the near-decade since the birth of Green Campus, UCC’s ventures in protecting the environment have proliferated at a dramatic rate, garnering recognition both in local and global arenas. Given this month’s theme, I wanted to explore some of the core groups behind this progress. On the localised end of the spectrum, there is the hugely successful “Love Our Library” Campaign, impossible to miss for any regular frequenter of main campus. Recent winner of the Best Public-Sector Award in the Cork Environmental Forum Awards, the initiative has led to major reductions in energy consumption and waste production in the library, the latter most effectively captured by the initiative’s biggest talking-point: a strictly-enforced (and largely adhered to) ban on disposal coffee cups. Someone who has worked closely with the team behind this campaign is Dr Maria Kirrane, sustainability officer here at UCC. Speaking with her on the subject, Dr Kirrane expresses great enthusiasm regarding the project, its reception and the tangible impacts it’s having on the environment.

“Change is difficult,” she says, “but most of the feedback I’ve heard has been very positive. The library itself has made major savings in energy consumption by turning off unnecessary lights over the summer. And recycling rates…” – she laughs – “it’s almost embarrassing to say how much they’ve increased — let’s just go with ‘exponentially’!”

As the most visible of the thirteen buildings which, together, account for over 80% of the campus’ totally energy use, the library was the prime choice for a focus building, according to Dr Kirrane. There are plans, however, to expand the project across campus to include other heavy energy users, such as those with labs.

Taking a step back from a campus-centric approach, UCC is also an important figure in producing research which has implications beyond the campus walls. The Environmental Research Institute (ERI) is a prime example of this, with examples of the far-reaching effects of its research ubiquitous. From conducting studies that would outline the full extent of Cork’s poor air quality, to its ground-breaking renewable energy research in the world-class Lir Ocean Test Facility in the MaREI centre, Ringaskiddy, the ERI remains at the forefront of tackling environmental and sustainability issues.

Established at the turn of the century, a key strength of the ERI is how it draws on the expertise of a wide variety of related disciplines to inform its work. With the launch of its Strategic Plan for the 2018-2022 period, the ERI has emphasised its efforts in tackling climate change, while also putting weight on its aims to promote a healthy environment and a more circular, waste-free economy. Speaking with Aoife Corcoran, Communications Officer for the site, it becomes clear that much of the purpose of this plan, and its concurrent rebranding, is to help foster a sense of community between the various groups that make up the ERI, and to help refine and reiterate the goals and principles they embody, regardless of the specific tasks they perform within the Institute.

“The nature of being spread out means people on main campus [such as students and staff from a variety of college departments, for example law or chemistry] can often feel disconnected from here [the Lee Road building] or from our Ringaskiddy branch [the Beaufort Building]. The new strategic plan is about ensuring that no matter a person’s own specific interests within the field, they can feel well-suited in collaborating with us.”

What really shines through when I speak with Aoife is the ERI’s newfound acknowledgement of the importance of stakeholder engagement, be it with the residents of Cork or with UCC’s undergraduate population. Involvement of this kind is invaluable in helping the ERI to translate the outcomes of its research into real-world outcomes, as well as making it more broadly accessible. “We have a tonne of expertise here,” Aoife says, “and we’re always looking for new ways to help make it more accessible to the public. We don’t want to feel we’re just disseminating information; we want is to hear people’s feedback about what it is we do. Because these are issues almost everyone has an interest in — the challenge is finding the right slant to approach it from to help engage that interest.” As Communications Officer, this kind of outreach is at the forefront of Aoife’s mind, and she speaks in detail about plans to collaborate with the likes of Green Campus and Enviro Soc in the weeks ahead. One such collaboration takes the form of World Water Day, which takes place on March 22nd and will see the ERI collaborate with the above groups as well as the UN Environment GEMS/Water Capacity Development Centre, to help raise awareness around this years’ chosen theme: the role nature has to play in our overcoming of this century’s most prominent water challenges.

Initiatives like “Love Our Library” and institutes like the ERI represent both ends of the spectrum of our duties regarding climate change: on the one hand, there are localised efforts to change the way one interacts with the planet and its resources, and on the other are the far-reaching implications of these changes when they find support in competent research made accessible to the public. What has resonated with me most, however, from the research I have done for this piece, is the vital role that we, as students of UCC and residents of the globe, play in helping these attitudes and important studies to grow and spread. Because though we generate the waste, we also generate the ideas, and an idea was all it took for UCC to catapult itself to enviously green fame all those years ago. 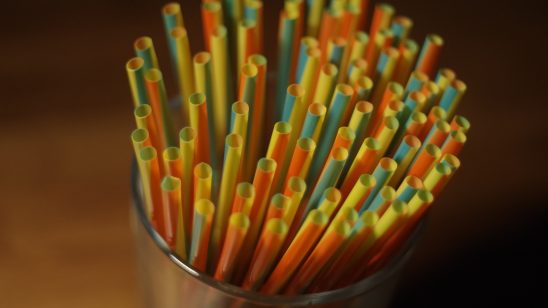 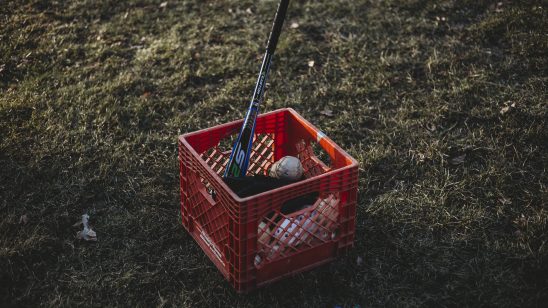 An Ode to (Good) Sports Writing