It seems like the whole world has been on a sabbatical for a while now. The trailer of Inferno is the only thing my mind can think of; swish and flick, everything vanishes within a few seconds. It has been interesting to note how different age-groups have been reacting to the situation. While toddlers are happy that they have someone by their side at every beck and call, dogs sometimes seem to be quite irritated that their masters record all their moves through the day. People from my age-group are literally binge-watching shows on Netflix and chilling. The end result of the latter are the “coronial” babies.

While the younger crowd have grown accustomed to the changing circumstances, the older ones could not stretch their muscles as freely. Right from the beginning they were asked to cocoon and isolate within their households, visit grocery stores at the time allotted for them, and not leave their residence unless necessary. It makes me think of the ones who belong to this age-group, but have no homes, have no walls or roofs over their heads. It makes me think of those who are homeless.  It’s always tough when winter hits, but a lockdown could drag them down even further, rather more painfully. On a regular day, they measure the streets up and down a couple of times, wondering if a stranger would buy them a steaming cup of tea or coffee, but the current circumstances seem to have bracketed all those expectations. Somehow, it feels like it’s nature’s way of telling mankind that there’s only so much that the earth can provide us, however, man never learns.

Nearly four and a half months after the first lockdown, the authorities began to open their doors to this crowd. They were allowed to leave their four walls and breathe fresh air again. It was disheartening to notice how they were being extra cautious, keeping out of everyone’s path, whereas people of my age were running all around. They still smiled and greeted those who crossed them. They began to take the backseat, waiting for people in a rush pass by and then continued meandering on their track. Every once in a while, when I left my place, I would run into this old lady who lived across Bandon road. She would stand at the entrance of her house and would rarely step outside the threshold. On some days you would find her cleaning the doors and windows; on others, she would just sit by and greet those passing by her path. She seemed excited when someone responded and stood by to exchange a few words. She craved that engagement. It was both humble and sad to see what the world had grown into. Unlike her, there was another old grandpa who caught my attention, who seemed to cherish the company he had in a very different way.

It was one such day when I accompanied my friend to pay a few bills. We decided to get some coffee and relish the fresh breeze by the lough. Diners were open with regulations and restrictions on the number of people who were seated indoors/outdoors. We queued up leaving  two metres apart for the next person to join. The cafe had outdoor seating – the ramp led to the plinth, from where you could view those sitting above. The seating had a view of the Lough. On a sunny day, those sitting there could stalk all the puppies walking with their tails wagging left-right and centre. There were three tables lined up in that direction. The one at the corner is the first table that one sees when they enter the cafe, as it is right opposite the entrance. The table was occupied by an old man, sitting all by himself, wearing a half-sleeves striped shirt with beige dockers. He had a sweater tied around his neck. While the queue moved along, I noticed him enjoying his coffee. He held the cup with both his hands and sipped the warm drink, while the breeze made his nose go red. The table next to him was occupied with two people engaged in a lengthy discussion. He kept looking around but did not see anyone in particular.

His coffee had all his attention. He slowly made his way through the drink. Meanwhile, we bought our drinks and exited the cafe. We made our way to the Lough. The man’s image lingered around, the vibe he emanated was so simple. We propped ourselves on one of the benches at a good distance from the lake. Gradually drinking our cortado, we got excited at the sight of a dalmation. What followed the dog was the same old man. He paced all alone, keeping a safe distance from the man in front of him. My eyes followed the footsteps of this grandpa. He walked his way through the same track until the end of the path and turned right to what seemed like his house. It seemed like he shared a social date with the coffee served at the cafe and enjoyed his walk back.

Who would have thought that a simple coffee-date with yourself could have inhibitions and restrictions posed by the world? 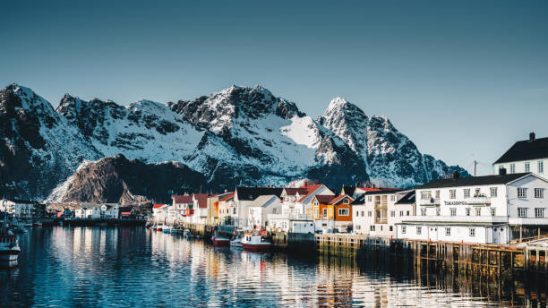 The Social and Psychological Effects of Cultural Nordic Conformity