Coming of age stories and more specifically, cinematic explorations of terminally ill teenage romance often teeter dangerously close to oversentimentality and can struggle to transcend redundant cliches. In the effort to realistically convey universal experiences and an elusive sense of nostalgia, both style and substance can be lost under a suffocating hyper-romanticised mawkishness. And while soppy commentaries on the art of growing up can serve a harmless purpose, their legacy and sustainability generally leave much to be desired.

No such pitfalls befoul Babyteeth, the 2020 Australian film adapted for the screen by director Shannon Murphy and screenwriter Rita Kalnejais. Both established figures in the Australian theatre scene, the duo have come together to produce a compassionate and ambitious take on the complexities of young love and untimely mortality.

At the outset of the film, protagonist Milla, played by rising star Eliza Scanlen (Little Women, Sharp Objects) is a sixteen year old schoolgirl with a terminal cancer diagnosis who is sheltered from reality by her caring but suffocating parents (played by Tom Mendelsohn and Essie Davis). From a spontaneous encounter on a train platform with troubled drug addict Moses, Scanlen’s character subsequently undergoes a life-affirming period of dizzying liberation and emotional thrill to the initial horror of her overprotective family.

Murphy’s directorial approach here instils a sense of compassion, focus, and earnestness that never comes across as condescending, with the film visually structured by intertitles or chapter headings such as “when Milla met Moses on platform 4”, “what the dead said to Milla”,  and “fuck this”. Where stories of this genre typically entail hackneyed tropes and dewy-eyed hospital scenes, Babyteeth instead brings a dark wit and colourful energy. Moreover, empathy is conveyed through raw and masterfully complex characterisation, with the parental dynamic portraying Mendelsohn and Davis as broken, indignant, and ultimately, conflicted, having to make a choice between their instincts and their dying daughter’s finite happiness.

As the story evolves, the isolating effects of a terminal health condition, particularly as a young person, are displayed. Protagonist Milla experiences a profound variety of turbulent emotions, from alienation and frustration at school, to the exhaustion of her existence being constantly viewed with overwhelming pity by her parents. Yet such heaviness is skilfully balanced by the film’s central sentiment of grounded hope. Moses (played by Toby Wallace) adds an exciting danger and rebelliousness to the narrative, providing an escapist outlet from the confines of Milla’s reality.

The bold stylistic dimensions of Babyteeth also separate it from its contemporaries, choosing a striking colour palette (seen from Milla’s wigs to the vivid neon colours of Sydney nightlife), and the wildly eclectic soundtrack. The motion and energy of this film also complement its sense of youthful exuberance, naturally infusing an impression of urgency and a vigorous, celebratory lust for life. The strong will and autonomy demonstrated by Scanlen here defy assumptions of how someone in her character’s predicament ought to live.

Despite the fact that she is frequently hit by bouts of nausea from chemotherapy and under an oppressive medication regime, Milla does not allow her condition to consume or define her, instead she becomes galvanised at the prospect of living freely in her newfound world. At each turn in this story, the heavy realities of everyday life are balanced by colourful encounters and moments of beauty.

While the central figures here have undoubtedly internalised a premature grief, the story’s protagonist demonstrates a profound emotional maturity and self-possession, with her worldly perspective touchingly displayed in the final scene through a tranquil natural environment. The left-field sucker punch it provides in the penultimate moments showcase the psychological vulnerability of all the central characters and defines the story as an authentic twist on the conventional romantic cancer drama.

Despite its sense of impending tragedy, where Babyteeth really shines is in its illumination of life, a vibrancy ultimately aided by innovative stylistic choices and four outstanding lead performances. An examination of the messy, crushing nature of being alive and fearing inevitable death, this is rousing filmmaking which captures the potency of connection and the urge to live fearlessly. 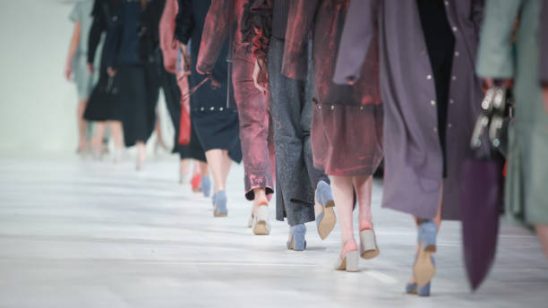 How Has Covid 19 Impacted The Fashion Industry 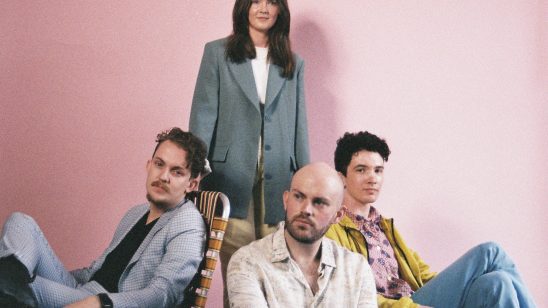 Music that means something: Laura Duff in Conversation with Motley Magazine